Could You Have an Underlying Viral Infection?

Back to Remede Blog

When we get a viral infection, our immune system develops antibodies to fight them off, then we should have immunity to that pathogen in the future. Simple right?… Well sometimes that is not always the case.  Once the virus is active in the body it can imbed in our cells or tissue and lie dormant, still putting pressure on our immune system and causing minor flares in symptoms at opportune moments when our defences are down.

Take the herpes simplex viruses that cause cold sores and genital herpes for example.  Genital herpes can lie dormant in the body for long periods of time, up to 10 years in some patients.  And those of you who suffer cold sores, will know that it will flare up during periods of stress, with hormonal changes and when the immune system is under pressure.  In fact once you are infected with this virus, and many others, it never actually leaves the body. After the initial infection the viral genome (DNA) remains in the body and infiltrates our own cells.

The same applies to other viruses, including Epstein Barr Virus & Cytomegalo virus, which are common causes of glandular fever.  In practice we commonly see patients who have been infected with these viruses experience flares in symptoms such as sore throats, swollen glands, post viral fatigue, chronic fatigue syndrome, headaches, frequent colds and infections.  They often describe it as “a sensation they are on the verge of getting a cold” this may last for a few days, or months in some cases!  The main issue with viruses, and certain bacterial infections, is that apart from increasing inflammation and putting strain on the immune system, they actually have the ability to infiltrate and change our DNA.  In fact, particular viruses have been linked to the development of numerous diseases including Rheumatoid Arthritis, Multiple Sclerosis, Hodgkin’s Lymphoma and myocarditis to name a few.

So whilst initial symptoms of a viral infection have passed,  if you are still getting minor flares in symptoms or feeling sub-par, it may still be worthwhile supporting the immune system to ensure good health in the long term.

Despite common misconceptions, Vitamin D is not just needed for bone health.  Research has shown what a profound role vitamin D plays in a healthy immune system, so if infections are causing health issues, you should get your vitamin D levels checked.

Vitamin D receptors are expressed on our immune cells and research has shown that vitamin D has the ability to ‘modulate’ our immune response.  This means that deficiencies can lead to poor immune function as well as an overactive immune function that is seen in auto-immune conditions.

The main source of vitamin D is from the sun, but we also get small amounts from foods such as eggs, dairy, fatty fish, mushrooms and beef liver.  However, simply getting out in the sun may not be enough for some people, as there genetic variants on vitamin D receptors which can affect how effectively you absorb Vitamin D.  So if your Vitamin D levels are low, you may to supplement.

Andrographis paniculata is commonly referred to as the ‘King of Bitters’ for its affect on stimulating digestion, however, it is its powerful effects on the immune system that it is most commonly used for in herbal medicine.

Andrographis increases antibody production to fight infections such as viruses and bacteria, and boosts production of several immune cells meaning our overall immune response is stronger. 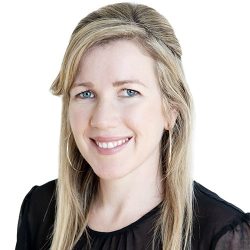 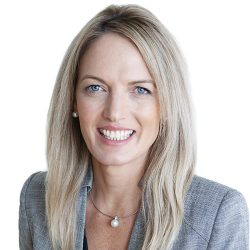